The National Parks of the American West were broadly populated by indigenous peoples long before the Park system was established. Gems such as Yosemite, Glacier, Olympic, Badlands, Grand Canyon, and many others are the ancestral lands of native peoples of the United States—lands where they lived, hunted, fished and conducted spiritual practices.

For example, the area currently designated as Yellowstone National Park (Wyoming and Montana) was inhabited by native peoples for at least 11,000 years and the park is the ancestral lands of at least 26 tribes.

Understanding how these lands were taken and how they are managed is of importance to all. National Parks and Monuments and other protected areas are important components of conservation but are also critical for Native Americans’ cultural identity.

Case-in-point, in my pre-trip post, Tribal Nations of Arizona Trip, I related how Hans introduced me to the controversy surrounding the United States’ Government’s acquisition of the eastern half of what is now Glacier National Park from the Blackfeet Tribe. In my view, these ancestral lands were taken by deception.

In 1872, Congress established Yellowstone National Park “as a public park or pleasuring-ground for the benefit and enjoyment of the people” and would serve as model for other National Parks.

In 1895, the Blackfeet sold 800,000 acres in the western realm of their reservation, which became the eastern half of Glacier National Park, which was created in 1910. The sale agreement, signed by both parties, stated that as long as the land remained,” public lands of the United States,” the Blackfeet would retain access to these ancestral lands for the purpose of harvesting timber and hunting and fishing for tribal use.

Then, in 1932, a U.S. District Court held that once the land became a National Park, it was no longer, “public land” and therefore the Blackfeet’s rights were forfeited. This is how the U.S. government deceptively disenfranchised the Blackfeet from their ancestral lands.

Today the Blackfeet believe they should have their treaty rights to hunt, fish, and gather restored, but also believe the Park is best managed as a conservation area. They would like to negotiate formal agreements with the National Park Service to those ends.

The Grand Canyon is culturally significant for eleven tribes in the Southwest including the Navajo, Hopi, Zuni, Paiute, Hualapai, and Havasupai. Through the Historic Preservation Act, the Park is legally obligated to consult with the tribes on any resource management issue to “ensure that resources valued by the groups of people traditionally associated with the Park—long before its inclusion in the National Park System—are properly cared for, protected, interpreted, and available for traditional uses to continue.”  The Park’s relationship with the Havasupai and Hualapai have been the most challenging. Both have high unemployment rates, substantial poverty, and due to their remote locations, no Las Vegas-style casinos. They count only on tourism for economic growth and development. As such, both communities are economically challenged.

Traditionally, the Hualapai had 5 million acres in the area, but the reservation created in 1883 was much smaller. In 1947, it was expanded to 1 million acres including 108 miles of Colorado River banks from Lake Meade to the Havasupai Reservation, making them co-managers of 108 miles of the Grand Canyon and key stakeholders in the Glen Canyon Dam. As I mentioned in my previous post, the Hualapai Nation manages Grand Canyon West including Aerial Tours, the Grand Canyon Skywalk, and Hualapai River Runners (the only Indian-owned and operated river rafting company on the Colorado River). The Center of the Hualapai Nation is in Peach Springs along Historic Route 66.

The Havasupai “People of the blue-green waters” are Yuma-speaking peoples, ethnically related to the Hualapai who have lived in the Grand Canyon for at least 800 years. Historically, they claimed 1.6 million acres both in the Canyon and on the plateau above. Today, their reservation is approximately 185,500 acres primarily in the Havasu Canyon Village of Supai, at the bottom of the Grand Canyon. The reservation is quite remote and not accessible by road—only by helicopter from Hualapai Hilltop (60 miles east of Historic Route 66 on BIA Road 18) or by horse/mule or hiking, making tourism the tribe’s only source of income. The Village sees over 20,000 tourists per year. We helicoptered in but did not have time to hike to Havasu Falls, the main attraction at the reservation. A fortuitous meeting with the President of the Tribe’s School Board (we flew in on the same helicopter), provided a good contact for our return in the Fall.

The establishment of the National Park System dispossessed the ancestral lands of native peoples, barring them from traditional activities of hunting, fishing, and gathering, which provided much of the economic sustainability of tribes. It is time for a more collaborative approach to managing the National Park System—one than recognizes the rights of indigenous peoples while maintaining the conservation of natural resources, wild lands, biodiversity, and fragile ecosystems. 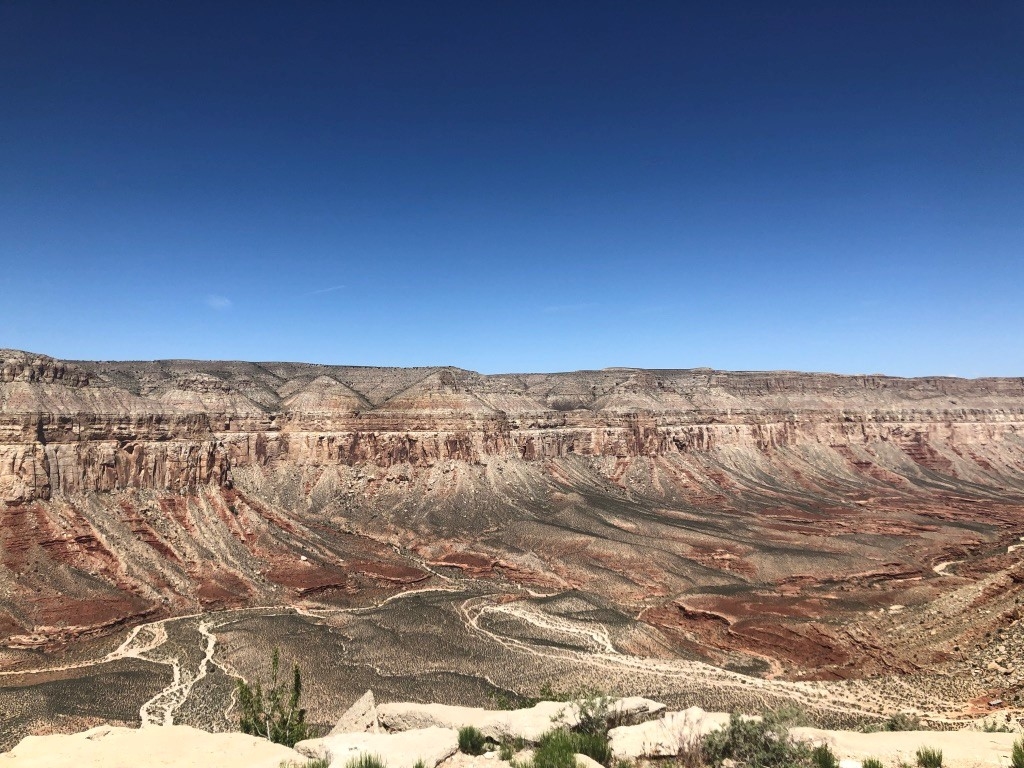 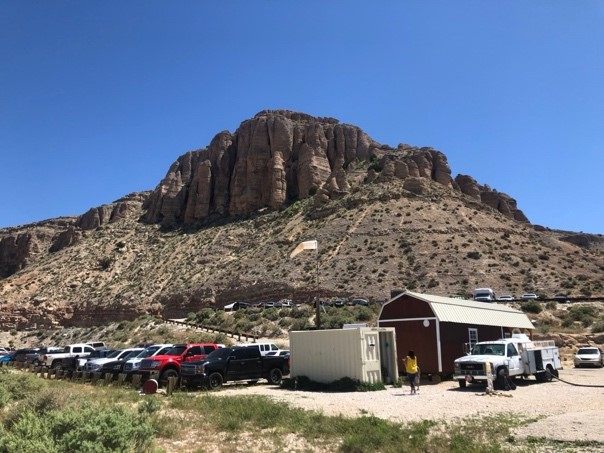 Tribal Relations and Conflicts around the Grand Canyon National Park