The following is taken almost verbatim from the U.S. Global Change Research Program website. I provide it here, so you may see the most current federal government assessment of the science behind climate change as it pertains to the United States.

Scroll down to the Highlights Section to get a more concise assessment of the situation we are facing as a nation.

For a global assessment, one would have to view the Intergovernmental Panel on Climate Change (IPCC)’s website, the leading international body for the assessment of climate change. The most current assessment is the Fifth Assessment Report, which was released in four parts between September 2013 and November 2014. The IPCC is currently in its Sixth Assessment cycle, which will be completed in 2021.

The U.S. Global Change Research Program (USGCRP) was established by Presidential Initiative in 1989 and mandated by Congress in the Global Change Research Act (GCRA) of 1990 to “assist the Nation and the world to understand, assess, predict, and respond to human-induced and natural processes of global change.”

The Climate Science Special Report, USGCRP’s Fourth National Climate Assessment | Volume I was published in 2017. The report is an authoritative assessment of the science of climate change, with a focus on the United States. It represents the first of two volumes of the Fourth National Climate Assessment, mandated by the Global Change Research Act of 1990. Report downloads can be accessed on this link. 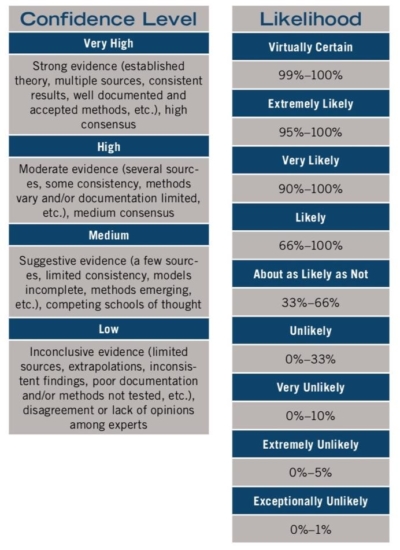 USGCRP comprises 13 Federal agencies that conduct or use research on global change and its impacts on society, in support of the Nation’s response to global change.

According to a recent press release, “The (NCA4) Vol. II remains on track for a December delivery in fulfillment of the Congressional mandate. Authors have been revising chapters and responding to comments submitted in the final round of review by USGCRP member agencies in May and June. The responses and revisions will be reviewed by the NCA4 Vol. II Federal Steering Committee to ensure all comments have been adequately addressed. Authors continue to finalize graphics and complete the appropriate metadata in an effort to provide an unprecedented level of traceability and transparency for a federal climate assessment through the Global Change Information System.”

It is unknown at this time if politics has creeped into NCA4 Volume II of the Report. Here is an article from Earth & Space Science News from November 6, 2017 assessing why the White House released Volume I of the Report, which differs from the administration’s stance, without political tampering. 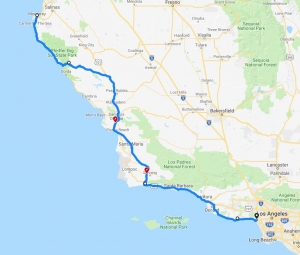