The arrival room was a Tesla Showroom similar in design to the two Scottsdale (Arizona) Tesla Showrooms we have come to love—a red Tesla Model S 100D, a wall display with body colors to choose from, a Tesla Energy display, the usual graphics and a few salespeople. A nice young lady with a clipboard greeted us and asked if we were there for the tour and then said they would take our names at 10:45.

The one-hour tour began promptly at 11:00 AM with a twenty-something tour guide. He took our group of about 20 people down a hall to a doorway, asked us to turn off our phones and mentioned that we could not take photos or video.  He opened the door to the factory floor and we got into a narrow tram and off we went through a huge and very busy factory.

It was cold, bright and windy as the tram snaked through the busy factory floor; our tour guide rattling off facts about the giant robots named after X-Men and four-story stamping machines that stamp out body panels from sheets of aluminum. The stamping machines are so huge and so powerful that they register on the US Geological Survey Richter Scale. 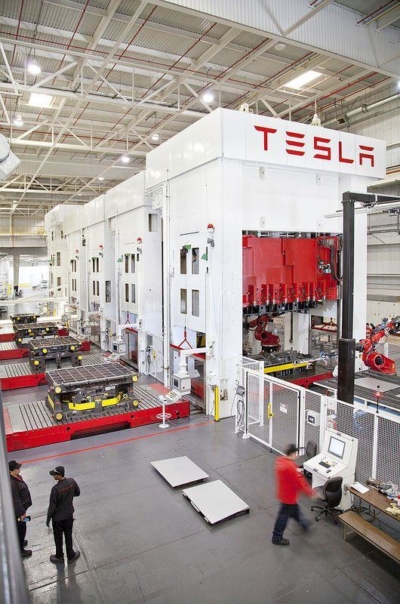 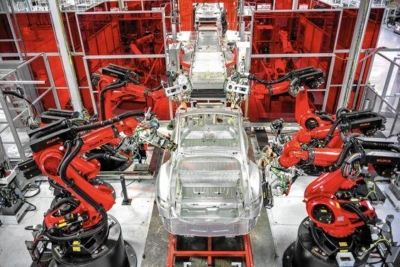 Here, there are modern factory robots working away on a variety of Model S and Model X vehicles, right behind each other on same assembly line. According to our guide, when an order is placed it goes right on line in the order it was placed.

Here, from WIRED Magazine, is an excellent video on how the Tesla Model S is built:

The Tesla Factory tour was simply overwhelming—and then it was over. I was surprised that time flew so quickly.

Although we did not get an opportunity to see how Watts Her Name was built, here is a recent article from Bloomberg Businessweek on the process with photos.

To book your own Tesla Factory Tour, just email factorytours@teslamotors.com with your information and request. They will get back to you fairly promptly. Note: It is a good idea to book your tour at least 5 months in advance. 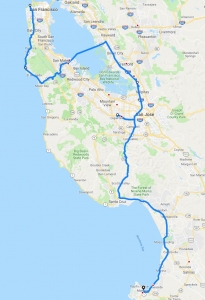