If you have been following my pre-trip posts since Earth Day, you might remember my post, “Range Anxiety?” where I described the Jasper, Alberta (Canada) to Kamloops, British Columbia, (Canada) segment of our Jasper-to-Whistler leg as being iffy. To review, the online Tesla App called “Go Anywhere” said you cannot get there from here in a Model 3. The comment from the app was, “We’re working on getting you there: view supercharger locations coming soon.” Only there are no planned superchargers along that route as of yet.

After touching base with fellow Tesla Owners in Alberta and British Columbia through Facebook, I was encouraged when, universally, they said it is not doable in winter but you should be able to do it in summer. So we went for it. The worst that could happen is that we would run out of juice near Kamloops and could get a tow to the Kamloops Supercharger.

We left Jasper Park Lodge with a full charge from the Fairmont’s destination charger and when we plugged our Whistler hotel destination into the on-board GPS, Watts Her Name not only routed us through Kamloops, but stated clearly that we would have 23% left on the battery when we arrived at the Kamloops Supercharger.

Since this was our first crack at a long segment without a confirmation that we would make it from the online app, we hedged our bet by keeping to the speed limit as planned, air-conditioning off and windows rolled down. After all, it was cool (mid-70s to low-80s) until we got past Blue River, at which time, the temperature shot up to the high 80s and then creeped up to the mid-to-upper 90s and we had to close the windows and turn on the A/C.

To make a long story short, we arrived at the Kamloops Supercharger with 83.7 miles left on the battery (27 percent), beating expectations. 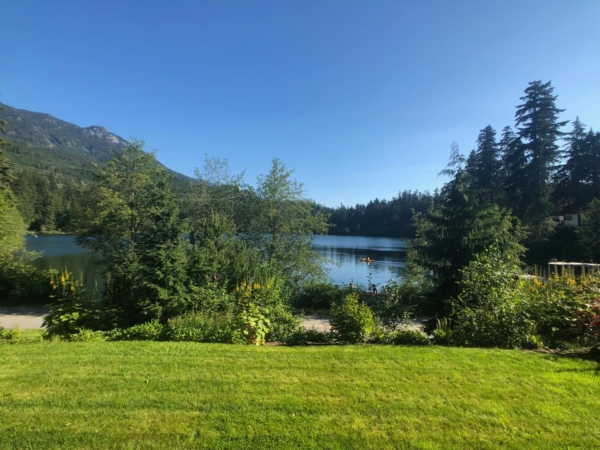 View from our room at Nita Lake Lodge, Whistler, BC 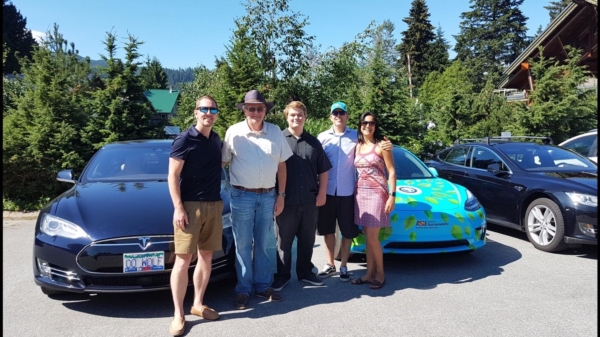