According to the United States Geological Survey (USGS), only 2.8 % of all the water on Earth is fresh water and glacier ice is the largest reservoir of fresh water on Earth, which represents three-quarters of stores. The Cryosphere, which is comprised of ice and snow, is the frozen water part of the Earth system.

The World Meteorological Organization’s Global Cryosphere Watch (GCW), provides information and analyses on the past, current and future state of the cryosphere. According to GCW, summer temperatures in the Northern Hemisphere have been steadily increasing since the beginning of the data record in 1982, an indicator of climate change. These warmer temperatures are negatively affecting the cryosphere, resulting in the melting of ice sheets, the receding of glaciers, the thawing of permafrost, and reductions in September sea ice and spring snow cover. In 2017, glaciers worldwide lost mass, on average, equal to 886 mm of water. This is the 38th consecutive year of negative mass balances in glacial stores of fresh water.

Moreover, the Greenland Ice Sheet, which covers 80% of Greenland’s surface is experiencing above-average melting resulting in immense losses it its total mass. 2017 was the 38th consecutive year of such melting. If the entirety of the Greenland Ice Sheet were to melt, it would lead to a global sea level rise of 7.2 m (24 ft).

In last two weeks, we visited glacial regions of Colorado, Montana, Wyoming, Alberta and British Columbia and every person I spoke to, including guides and locals, confirmed that the glaciers are, indeed, receding noticeably. 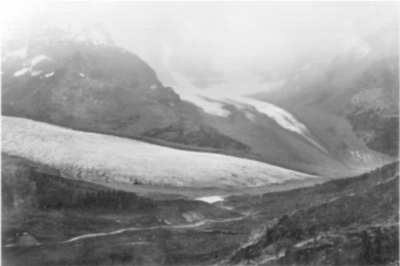 Along the Icefields Parkway from Banff National Park to Jasper National Park sits the Athabasca Glacier, perhaps the most visited glacier in North America and the largest of six ice sheets in the Columbia Icefield. The Athabasca Glacier is losing more than five meters a year on the surface and according to the manager of Jasper National Park, at the current rate, the glacier could disappear altogether in a generation. This is a trend we absolutely can and must reverse. 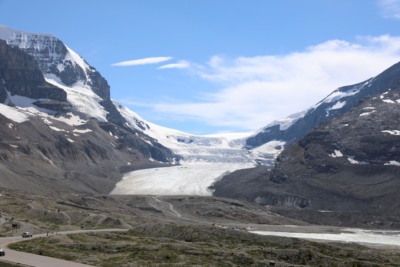 To reverse these trends, we must reduce atmospheric carbon and one of the ways we can do this is to replace our fossil-fuel burning vehicles with electric-powered, zero-emission vehicles and change the way we generate electricity to renewable sources.

This is what our road trip is all about.

Please join us. Make your next car an EV, support renewable energy, and consider a donation to Rocky Mountain Institute.

For more information on Glaciers and Climate Change, see: 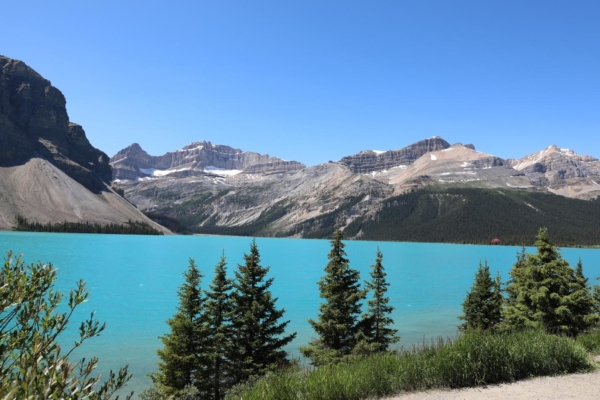 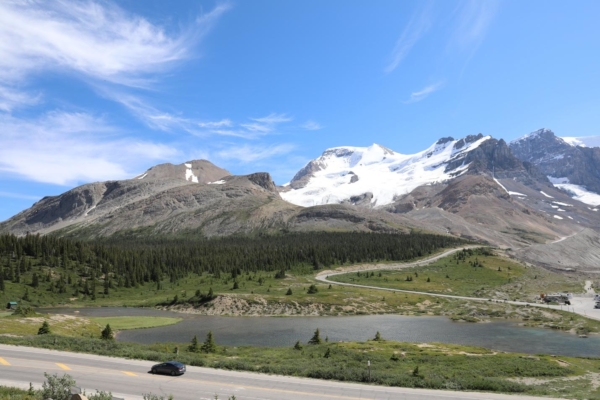 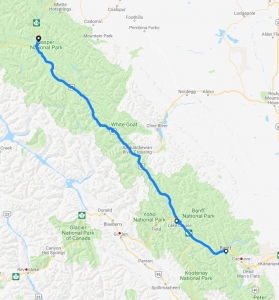